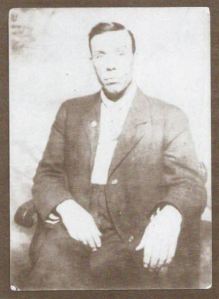 Though he was born in Lawrence County, Lawrence spent most of his life in Monroe County, where he was employed in the limestone industry. An injury to his leg caused his retirement and, according to his obituary in the Bloomington Daily Telephone, brought complications leading to his death in 1938.

Moses immigrated to Indiana from Belmont County, Ohio, in 1847. They emigrated from Brown County, Indiana, to Barton County, Kansas, in 1878.

Emaline and Evaline were twins. Mahlon, Henry Johnson “John”, Timothy, and Emaline are all buried in Barton County, Kansas.