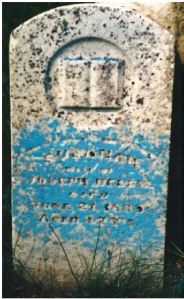 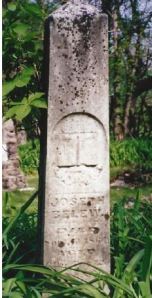 Squire and Phoebe lost two children, Err and Matilda, when their house was struck by lightning. After their oldest son moved to Boonesboro, Iowa, Squire and most of his family followed in 1852.

Squire’s paternal grandfather was Squire Boone, Jr., the younger brother of Daniel Boone. Squire’s father, Moses Boone, was about ten years old when Indians ambushed the people from the Squire Boone Station as they were moving to Linn’s Station in Kentucky. In 1805 Moses and Hannah (Boone) Boone moved to Indiana, where Moses was appointed judge of Harrison County and served as one of three commissioners who directed the building of the first Indiana State House at Corydon.