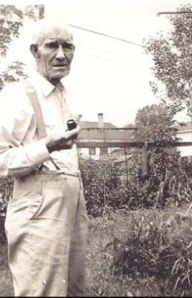 Zachariah was employed by the railroad for more than 50 years during which he served as a switchman, a brakeman, and a fireman. He was also a member of the brotherhood of Locomotive Firemen and Enginemen for more than 60 years and a member of the Retired Railroadmen’s Association later in life. He enjoyed listening to baseball games on the radio and playing cards.